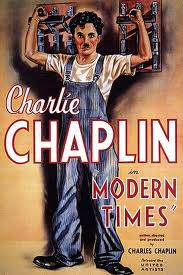 The place of the cinema in documenting this ‘evidence’ must be ascertained. The constant thirst for ‘evidence’ itself, which in its very nature requires some kind of recording in accordance with the new thirst for ‘proof’ evoked by the emergent interest in new science described by Husserl, is enabled by the need to capture a ‘moment’ as envisioned by the philosophers of the late nineteenth- and early twentieth- century. Martin Heidegger based his concept of ‘a moment of vision’ upon the Aristotelian convention of kairos, indicating time ‘that is meaningfully punctuated’- according to Tom Greaves, specifically ‘that which we encounter within the horizon of earlier and later’ (2010: 103). Greaves emphasises that Heidegger’s moment is intrinsically linked to the concept of the everyday, and constitutes a means by which ‘stretches or spans of time’ may be quantified – almost scientifically – whereas during consciousness time is ‘experienced as a series of ‘nows’’ (Greaves 2010: 103). Charney directly aligns this with cinematic experience, describing the philosophical ‘moment’ as ‘a means to fix an instant of feeling, yet this effort of stability had to confront the inescapable fact that no moment could stay still’ (Charney 1995: 279).

… modernity resided in an immersion of the everyday; yet the everyday was by definition ephemeral…photography and film endeavoured to freeze fleeting distractions and evanescent sensations by identifying isolated moments of “present” experience…the negotiation between ephemerality and stasis emerged as a defining feature of modernity. (Charney and Schwartz 1995: 2-3)

Sociologist Susie Scott defines everyday life as ‘the wider picture…everyday life is that which we presume to be mundane, (yet) none of the larger-scale (historically significant) events could occur without there being individual people doing little things in local places’ (2009: 8-9). In this sense ‘modernity’ and ‘modern life’ may be differentiated; ‘modern life’ consists of a synthesis of modernity itself and its own focus on ephemeralising the everyday rather than only the historically ‘significant’, leading to the sense of ‘personal visibility’ described by Leppert inherent to the individual’s self-recognition of significance within society. This specifies that the need of modern life to document the momentary transcends the actual scientific; it instead permeates the entire everyday experience of the individual.

Leppert’s assertion that modern life exhibits an obsession with ‘visual culture’ can be attributed to both the importance of cinema as a means of recording ‘evidence’ and to its position as spatial and intellectual church-replacement. Heidegger’s moment is a ‘moment of vision’; this focus on the visual ‘permit(s) us to encounter for the first time what can be ‘in a time’ as ready-to-hand or present-at-hand’ (Charney 1995: 281). Charney understands the visual as a vehicle of the ‘sensation’ that one is experiencing the true present, when the present becomes the past as soon as it is recognised (Charney 1995: 282).  These same qualities situate the cinema and film as vital entities for symbolic use as a ‘talismanic innovation’, but also for scientific use. Medical officer Martin Weiser was one of many practicioners of microcinematography, a means of cinematically recording cell-division instrumental to visually presenting and conducting research, but also a popular entertainment projected to the public as ‘scientific cinema’.

Microcinematography not only documents research of movement-events, it is also a good aid to the research itself. For it records every single phase of movement and gives him the opportunity to look through every single image of those phases, and to study movement-events in their temporal and spatial context with leisure and care. (Landecker 2006: 127)

The operative phrasing here is ‘movement-events’; though in this case the term refers to the occurrence of cell division, it is also analogous to the various ‘moments’ which make up everyday life as described by Heidegger. Via their visual recording, these moments or ‘movement-events’ may be re-experienced within their ‘temporal and spatial context’ in a manner akin to the present at any time. Like the scientist, the everyday participant in modernity could also now ‘look through every single image’ in order to experience the sensation of an evident present via the visual method supplied by the cinematic, described as ‘scientific looking’ (Landecker 2006: 127). Indeed, it is possible that the experience of communally viewing cell-division in this way made the public exhibition of microcinematography a popular, rather than solely scientific pursuit; it enabled the spectator to engage with the most pressing influences of modern life – the everyday, the quasi-immediacy of ‘the moment’, scientific invention, physical sensation and the place of the body within an emergent mass culture – at its most basic and immediate level, that of the constant, individualised yet common process of cellular activity within the body. Making these microscopic events visual is the ultimate form of  Leppert’s ‘personal visibility’ and exists as evidence of an acknowledgement of, and interest in, not only experiencing sensation of the present via cinema, but also in using cinema to document the effects of these sensations on the body itself. This suggests a mutually constructive cyclical relationship between the cinema’s role in the pursuit of sensation, its achievement and its efforts to preserve and document it.

The act of ‘seeing’ itself is shaped by the cinematic space in an emulation of the church congregation experience :

More than a connection across the cut of cinematic shots or sexed bodies, the gift of sight names the desire that traverses the cut between creature and creator, the distance that harbors all bodies…the cut and connection of bodies (can be) treated as an analogy for the viewing of cinema and the seeing of God, with sight the analogy for desire, for the traversal of the distance between. (Loughlin 2004: xii)

The cinema building itself allows this process of ‘seeing’ to take place in an area which is a direct physical replacement of the church space:

At the level of the viewer, watching movies is both a collective and an individual experience…If we take a moment, we might think of a special place set apart from daily life, one where you go and sit for a period of time – a beginning and ending which is known about and set beforehand – a place where you anticipate a greater degree of involvement with your own self, with the transpersonal and with humanity in general. It sounds like a church, doesn’t it? (Hauke 2013: 4)

This connection between the ‘collective’ and the ‘individual’, and the ‘beginning’ and the ‘end’ within ‘daily life’ ensures that the cinema as both a physical space and as an abstract form of visual expression connects the individual to modernity itself as God replacement, using visuality as a means of emulating the sensations of the momentary, and adapting the populace to a new way of life dependent on scientific evidence. In this sense cinema acted as a means of translating existing theologically-based mass behaviours into one palatable to a nascent individualist modernity.

Loughlin argues that one of the factors analogising the cinematic with the ecclesiastical space is film’s role in mobilising ‘the desire that traverses the cut between creature and creator… (via) the gift of sight’ (Loughlin 2004: xii). The concept of the cinema – or more precisely, the cinematic screen – as a focal point of desire, didactically informing the audience of what they can, or perhaps should, ultimately aspire to (in the same way as a clergyman may describe theological means of accessing heavenly space) is evident in the work of Patrice Petro in regards to the cinema’s fostering of a relationship between ‘femininity and consumerism and the female spectator’ (Petro 2002: 43).

In her desire to bring the things of the screen closer, to approximate the bodily image of the star, and to possess the space in which she dwells, the female spectator experiences the intensity of the image as lure and exemplifies the perception proper to the consumer. The cinematic image for the woman is both shop window and mirror, the one simply a means of access to the other. The window/mirror takes on then the aspect of a trap whereby her subjectivity becomes synonymous with her objectification. (Petro 2002: 43) 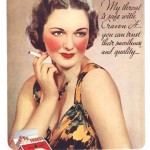 The cinema utilises the spatial and the visual as means of conveying desire, facilitated by the ability for the spectator to now mentally place themselves, as an individual, within the market of mass consumerism and the new spaces which come with it. Not only does this raise questions of cinema’s role in forming modern conceptions of desire and consumerism, but also the place of gender within this context – while many studies concentrate on the involvement of the cinema in female consumerism, it is clear that a similar sensation of desire is also invoked in the male spectator.

…for Mulvey, the mainstream cinema is made to the measure of male desire, and the various devices central to the classical Hollywood cinema all serve to facilitate the identification of the male spectator with his like, the male protagonist onscreen. (Mayne 1993: 18) 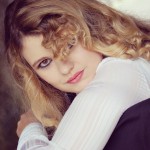 Lois Barnett is currently studying towards an MA in Global Cinemas and the Transcultural at the School of Oriental and African Studies, University of London, focusing on Japanese cinema. Following completion of her MA studies, she is hoping to undertake postgraduate research considering the role of Western-inspired fashion and costume in the Japanese cinema of the 1920s and ’30s. Her main research interests are fashion, modernity and gender representation onscreen.